An alumni community and its social impact

Regent Park, is one of Canada’s oldest housing projects. During the late 90's, the neighborhood was infested with crime and violence. The young people were reckless and they got worse with each passing day. There were nine murders in the year 2000 alone within the project.

Executive director of the Regent Park Community Health Centre,Caroline Acker was extremely worried about the situation. A lot of Young talent eschewed school and ended up engaged in drug abuse, violence and other crimes. The centre devised numerous strategies to tackle these problems and pumped big dollars into various schemes. A budget that was $2.8M shot up to became $6M in a span of four years. But sadly, there wasn’t any improvement.

The high school dropout rate was at an all-time high of 56% and barely 20% of the students made it to postsecondary. Shifting the focus from the bad, Acker and her team tried to focus on the good. She attributed the reason why young students were so agitated and shooting each other, is because they felt that they had no hope for the future.

So they picked the kids who went to post-secondary and asked them how they did it. How did they manage to stay in school and not get pulled into all the insanity ? They listened meticulously.

What they found out goes a long way to stress the importance of a support figure.

This is when Caroline Acker founded “Pathways to Education”, an organization to help youth from low income backgrounds to jump the hurdle of high school education and go beyond. Basing their operations on a four pillar framework, here’s what Pathways to Education established and achieved at Regent Park.

Pathways to education established an old boys’ network. It was an alumni group established to help students who needed extra help with academics. This group was highly effective in inculcating a sense of community. Students engaged in social activities like developing a group hobby, which drew them away from being idle and involving in crimes. Not only did the students start to become more responsible, they were building a support network that even they were unaware of.

Through the alumni or old boys’ network, a streamlined mentorship program was established. Someone called a SPSW – student/parent support worker – would be assigned to every student. The SPSW met with the student on a regular basis to assess his/her progress. The number of times they would meet depended on the student’s grades – a higher grade meant lesser number of meetings.Students being able to relate to their SPSW, not only helps the students get back on track academicaly, but it provides them with a sense of belonging, especially when they are from broken homes.

They provided financial incentives, such as transportation to and from the school, and bright students who stayed until they graduated high school, also received a college fund totaling $4000.

Patways to education saw success when the high school dropout rate fell from 56% to 10%, an incredible 46% drop for a neighborhood stricken by local violence and crime. Regent Park brought their talented youth back on track to better education and a brighter future. What did they do differently?

The Old Boys’ Network reinforced the purpose and trust among the students and their parents. Those students had access to a mentor at all times to talk about studies or anything that’s bothering them. Above all belonging to a progressive alumni community brought hope and motivated them to pursue high school. They learnt from examples to dream bigger.

Today, many of us may not be able to relate to such a problem. Nevertheless, confused college and school students drop-out even today, primarily because nobody is available. The Regent Community started to see changes when Alumni like you and me, decided that it was worth sparing some time within a week for the teens in their community. If you had the chance to better someones life simply by spending a few hours with them. Would you do it ? 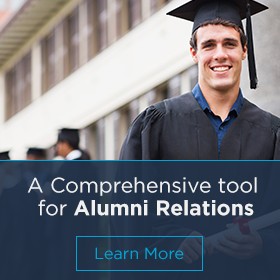